Covid-19 infection rates are soaring, as a result of Christmas mingling and the new variant, which is about 55% more infective.

The Food For Thought web site has links to many things that you can do to optimise your immune system and reduce your chances of complication from Covid-19.

But what if you or a member of your family tests positive for Covid-19. Is there anything we can learn from the early 20th Century pandemic ?

The following is from a report in the Lancet written by Dr. T.H. Oliver and D.V. Murphy and published in 1920:

“A number of British soldiers lay dying in an isolation type field hospital in India at the close of World War One. They were all victims of the world-wide influenzal pandemic, which until then had been taking an 80% toll of those that were stricken.

One of the soldiers, profoundly ill, had been delirious for two days with a high fever and near death. As there was no other chance for recovery the doctors, in desperation, decided to give the patient a peroxide infusion intravenously, using 3% hydrogen peroxide (2‑oz) diluted with 8‑oz of saline solution, injected very slowly over a fifteen minute period.

They discovered that there was absolutely no danger that an embolism might develop in the vein; also that the patient tolerated the procedure without any pain or discomfort. They also found there was a markedly reduced toxaemia and anoxemia.

Within approximately six hours the patient was sitting up in bed and asking for food; he rested well, with no more delirium and his temperature gradually dropped back to normal. He and twelve others who were infused with hydrogen peroxide fully recovered; twelve others died.”

To quote the doctors, “The mortality (48%) compares favourably with the 80% in similar cases not so treated, and more so when it is remembered that we only treated the most severe and apparently hopeless … the epidemic ceased almost as rapidly as it had begun, so we were unable to try the method on earlier cases or to give a more extensive trial to repeated injections.”

It’s worth remembering here that intravenous vitamin C dramatically increases levels of hydrogen peroxide between the cells of the body — or in the so called “extracellular” space. This is why vitamin C is antiviral. It is the hydrogen peroxide that destroys the virus.

Over 30 years ago, I heard about that early hydrogen peroxide treatment and have since met doctors who have continued to successfully use this treatment for various conditions. So when I came across a report of modern-day doctors who are currently treating seriously ill Covid-19 patients with nebulised hydrogen peroxide, I wasn’t surprised by their success.

Dr. David Brownstein, who has a clinic just outside of Detroit, has successfully treated over a hundred patients with nebulised hydrogen peroxide for COVID-19 and other upper respiratory infections. 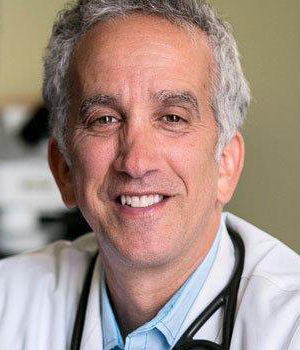 Nebulised hydrogen peroxide is extremely safe. Dr Brownstein has used it for 25 years with no ill effects being found. It’s also incredibly inexpensive, and you can administer it at home, without a prescription. “It is one of the absolute best therapies for viral infections like SARS-CoV-2” he says.

Nebulised peroxide typically improves symptoms within hours. Brownstein observes that, after two treatments, patients felt significantly better. After the third treatment, their breathing was restored and they were well on their way to a full recovery. “Usually, everything feels better within a couple of hours of starting nebulising,” Brownstein says. “You’d be hard-pressed to find another treatment that works within hours.”

People who were sick, who couldn’t breathe, usually after the first nebulised treatment, found that their airways would open up, and they could breathe again. “We ended up treating 107 patients that I wrote about in a published, peer-reviewed paper,” wrote Dr Bernstein. “We had one hospitalisation, no ventilators, no deaths.” The case report, “A Novel Approach to Treating COVID-19 Using Nutritional and Oxidative Therapies,” was published in Science, Public Health Policy, and The Law in July 2020.

“There aren’t too many successes being reported in the COVID-19 saga,” writes award-winning journalist, Lynne McTaggart, “but every so often you come across a hero who is actually getting somewhere.

One of these heroes is Dr. David Brownstein. Brownstein is a board-certified family physician and assistant professor, a noted practitioner of holistic medicine and the medical director of the Centre for Holistic Medicine, located in West Bloomfield, Michigan, a suburb of Detroit.

To date he’s won two awards – from the American College for the Advancement in Medicine and the American Academy of Integrative Medicine, the latter celebrating his work in the ‘Advancement in the Diagnosis and Treatment of Chronic Diseases.’

Brownstein treats a vast coterie of ailments holistically. So when the COVID crisis hit, Brownstein put himself on the front line.

He and five other doctors from other centres began treating COVID patients, with an armament they collectively agreed might have the best chance of success, based on their own experience.”

These patients, of an average age of 57, weren’t particularly robust. Most had other conditions: thyroid or heart problems, asthma, chronic sinusitis, Lyme disease, diabetes, even cancer, placing them in the ‘high risk’ COVID category.

Of 107 patients treated, every single patient, including those that had to be hospitalised, got completely better, with first improvements showing up in two and a half days, and virtually all of them got well within a week.

Even the worst of the hospitalised patients who was still having breathing problems on discharge had his breathing return to normal in two days after using one of Brownstein’s nebulisers.

An article in April 2020, “Could Hydrogen Peroxide Treat Coronavirus?” reviewed some of the basic science of how hydrogen peroxide works, as well as some of the studies assessing its therapeutic potential.

The most relevant study was published in March 2020 in the Journal of Hospital Infection. They studied 0.5% hydrogen peroxide, and found it killed human coronaviruses, including the coronaviruses responsible for SARS and MERS. Here are a few additional facts that explain how and why hydrogen peroxide works so well for respiratory infections:

1. Hydrogen peroxide freely crosses cell membranes and does not readily oxidise biological molecules, including lipids and proteins. It does however react with iron. The presence of free, unbound iron in high concentrations in pathogens is what allows them to be selectively targeted by hydrogen peroxide.

4. Aside from its anti-pathogen properties, hydrogen peroxide is also recognised as an important signalling molecule, both intracellular and extracellular, influencing and modulating multiple metabolic processes.

Hydrogen peroxide sits inside and outside your cells in low levels, ready and waiting to be generated in greater amounts as soon as a pathogen is detected by the immune system by NADPH Oxidase (NOX).

Its presence in your human body (at varying amounts depending on whether infection is present), and the lack of toxic metabolites, are indicative of its safety and nontoxic nature.

Similarly, as noted by Brownstein, hydrogen peroxide is extremely safe to use and nebulise at the diluted levels suggested. It’s also effective. All pathogens studied to date have been found to succumb to hydrogen peroxide, albeit at varying concentrations and for different amounts of exposure.

As we saw earlier, Dr. Brownstein has successfully treated  Covid-19 patients with nebulised hydrogen peroxide – rather than intravenous. “It’s incredibly inexpensive“,  he points out, “and you can administer it at home, without a prescription.”

Dr Brownstein warns, however, that hand-held nebulisers don’t work as well as a desktop model. “I encourage people not to use a handheld nebuliser. Use a desktop model. It’s a little bit stronger.”  So you need to buy a desktop nebuliser (it needs to produce a very fine mist and desktop versions are stronger than handheld battery operated models).

It is important to acquire this BEFORE you need it, as the sooner you treat the infection the better your results will be, although the testimonials are unbelievably impressive even in late stage illness. It is not necessary to treat yourself preventively, but only if you are sick or exposed to someone who infected.

How to use a nebuliser