The death of his eight-yr-old sister from perforated appendicitis was the catalyst that drove a young boy to become a pioneer – one of the most original thinkers of the twentieth century. Cleave entered medical school at just sixteen years of age, passing his degree when he was only eighteen. A brilliant career in medicine and research lay ahead of him.

Driven by his conviction that diet is a major factor in health, and his desire to prevent, as well as to treat illness, he pressed on with his research year after year, recording disease patterns and gathering evidence.

Captain Surgeon T. L. Cleave FRCP (1906-1983) was convinced that the human body is simply unable to cope with the artificial foods of civilisation, particularly sugar and refined carbohydrate – that these unnatural foods are the cause of diseases that were once absent from primitive communities. “The saccharine disease”, Cleave had long insisted, is a common factor in many diseases.

Years of obscurity and ridicule

Years of obscurity and ridicule could not undermine Cleave’s determination and tenacity until, eventually, his work would receive the recognition of his own profession. In 1979 he was awarded the Harben Gold Medal of the Royal Institute of Public Health and Hygiene (previously awarded to Pasteur, Lister and Fleming) and the Gilbert Blane Medal For Naval Medicine, which was awarded jointly by the Royal College of Physicians and Surgeons.

A few months later, the Royal College of Physicians published its report ‘Medical Aspects of Dietary Fibre‘ which largely vindicated Cleave’s theory. The tragic death of a little girl many years earlier had finally resulted in a major revolution in scientific thought.

Just as radical, at that time, was Cleave’s work on dietary fibre. He maintained that it wasn’t simply the inclusion of refined foods in the diet that damaged health, but the exclusion of the fibre that had been stripped away from these products. Diverticulosis was just one consequence of this discarding of fibre.

Today the role of bran and other fibre in the prevention of intestinal stagnation and the health of the bowel is widely recognised. In fact dietary fibre stimulates the growth and maintenance of beneficial gut microbiota. Sadly, the lack of fibre in modern convenience foods continues to contribute to bowel cancer and other intestinal disorders. 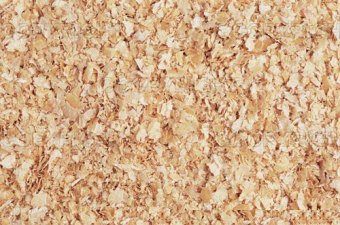 Cleave was concerned, however, not only about the consequences of discarding fibre, but also about the direct effect of sugar on the bacterial population of the gut. In his book, ‘The Saccharine Disease’, he wrote about the swarming of intestinal bacteria on a food surplus, especially a sugar surplus – about abnormal numbers of e.coli attacking the gut wall – and about the irritant action of toxins on the intestinal lining.

He called the condition Intestinal toxaemia, predicting that “the labour of generations might be needed to establish which toxins are mainly responsible for tumour formation” Cleave’s last published article, in 1977, was disturbingly prophetic. It was entitled ‘Overnutrition, now the most dangerous cause of disease in westernised countries‘.

Nowadays it is known that intestinal toxins  react with DNA, causing epigenetic mutations. Current scientific research into the bacteriology of the gut is uncovering a link between a disordered microbiome, oxidative stress and epigenetic mutations – of which cancer is just one consequence.

Scientific research into what is now called intestinal dysbiosis is linking it with the ever-increasing incidence of food intolerance, eczema, asthma, auto-immune conditions, attention-deficit disorders, autism, behavioural problems and many more.

Cleave’s prophetic warnings about intestinal toxaemia, caused by an over-supply of sugar and refined carbohydrates and a lack of dietary fibre,  continues to contribute greatly to our modern epidemic of degenerative diseases, though it is unrecognised by many. And, in the affluent West, we simply eat too much food, overwhelming our digestive enzymes, overworking our bacterial allies, and providing a putrefying feast for harmful pathogens.

Dear God, previous generations underestimated the health-benefits of the natural, unrefined foods that you provided for us in nature. The consequences have been tragic. For the sake of our children, please enable us to understand the full implications of those health consequences – and show us how we can reverse them.

Read more about these consequences in the next article:-

A Russian scientist was awarded the Nobel Prize for his research on the internal eco-system of the body. Current scientific research is confirming this as an important factor in inflammatory disease, autoimmune disorders, chronic fatigue and certain cancers.

Note:- The Saccharine Disease is now out of print.

You can download a free copy of The Saccharine Disease here